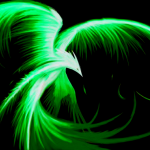 I AM PHOENIXON! (Not really, but who cares!)

Geoffrey- Will you solemnly promise and swear, to govern the people's of Camelot, according to their respective laws and customs?

Arthur- I solemnly swear so to do.

G- Will you to your power, cause law and justice, in mercy, be executed in all your judements?

A- I will. (Soft Music becomes Epic)

G- Then by the sacred law vested in me, I crown you Arthur, King of Camelot! ( The epicness explodes all over the world, people die, and thats how the apocalypse happens)

Retrieved from "https://merlin.fandom.com/wiki/User:Phoenixon?oldid=155990"
Community content is available under CC-BY-SA unless otherwise noted.