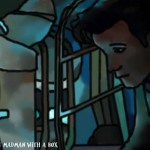 I've been a fan of Merlin since Series 1 but due to my parents not being into the show I've watched them all after the airing on iPlayer, so I had to watch the finale twenty minutes after it aired...

I am an avid Mordred/Morgana shipper (grown-up Mordred), but also ship Artree (from series 3 finale) and Arthra (Arthur/Kara). Plus anything that involves Gwaine, of course!

I read a lot of Arthurian legends which is what first attracted me to the show. Mordred has always been my favourite character in both legends and Merlin.

Retrieved from "https://merlin.fandom.com/wiki/User:Misty_Kitty?oldid=178547"
Community content is available under CC-BY-SA unless otherwise noted.