Hey everyone, I am Merlin&ArthurLuv! I watch Merlin 24/7 and just started Merlin Wikia... I have my own opinion, so if you disagree with anything I say, then who cares? Everyone has their own opinion and there is no point making a massive fuss if you disagree... Anyway thanks and be sure to comment!!

I love merlin 's character! He is really cute and seems so nice! He listens to everyone and cares about everyone's feelings. Thank goodness Arthur knew how much Merlin has done for him before he died... Colin Morgan ... ~:)

Arthur was really funny... He took the mickey out of poor old Merlin ! Bradley James is great with his character. Him and Merlin had the best bromance I have EVER seen! I nearly died of tears when he died.

Morgana was one my idols! Katie is a REALLY amazing actress and shocks everyone by being so great! I didn't want her going evil though! I always thought her and Merlin would end up together and I can't believe she was killed off too... And Katie is really pretty too!

Had to be the most funny character in all the series... Handsome and was always drinking in the first few series... Then became a dependable knight! He will always be one of my favourites! It kills to know he died thinking he betrayed his king.

Possibly the worst ever character to roam the streets of Camelot! I wish the producers killed him off in the first episode he ever appeared in. I want to kick him whenever I see him. That double-crossing, lying, rude and backstabbing character really gets on my nerves!

I don't have anything against Elena. I just took a hating towards her character for some weird reason. I didn't like her and Arthur together...

It's a shame because I really liked her in the first season. She was more down-to-earth and easy to relate to. I guess when hers and Arthur's romance started I didn't like the transition of the character and the vast amount she changed. I love Angel though.

The secret love of Merlin... There scenes could make laugh and cry all in one. I miss them so much :(

Merlin & Morgana ! I wish they would be together! They hate each other but they really suit each other!

The Gates Of Avalon

To Kill The King

The Sins of the Father

The Tears of Uther Pendragon

A Herald of a New Age

The Sword in The Stone

The Death Song of Uther Pendragon

My Most Memorable QuotesEdit

"Brings back memories of when I used to beat you?" - to Arthur

"And what kind of king would Camelot want? One that would risk his life to save that of a lowly servant? Or one who does what his father tells him to?" - to Arthur

"In my experience, you don't need any help looking like a fool" - to Arthur

"Good morning, my lady. I thought we could play a little game." to Guinevere

"You should be ashamed of yourself, you're old enough to be her grandfather!" on Gaius and Gwen.

"How long have you been training to be a prat...my lord?" to Arthur.

"Arthur 's thanking me, Uther' s grateful, you're proud, I've never been this popular." to Gaius.

"You have wronged so many people in so many ways. You're blinded by your hatred of magic, you have tortured and executed so many people, youUther Pendragon are a stupid arrogant old tyrant."to Uther as Dragoon the Great.

"And you, I have heard how you...mistreat your servants, they do everything for you but do they ever get any thanks? No! You're a spoilt arrogant brat with the brains of a donkey and the face...of a toad."to Arthur as Dragoon the Great.

"Come on then. I warn you, I've been trained to kill since birth." - to Merlin

"Put the sword down, Merlin , you look ridiculous."

"Stick to girls who are more... how can I put it... on your level. She can't be your friend, let alone anything else." - to Merlin about Morgana Pendragon

"I was starting to think you were deaf as well as dumb." - to Merlin

"He's young, foolish and in love. Give it a week and he'll be chasing after the next girl that catches his eye." - Uther on Arthur

"Camelot must come before all else.... even you." - to Arthur

"Could somebody tell me what happened? Someone with a brain." - excluding Merlin

"Do you really hate me so much?" - to Morgana

My favourite pages on this WikiEdit

My Favourite Programmes (In Order)Edit 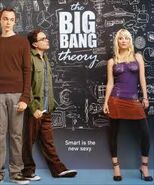 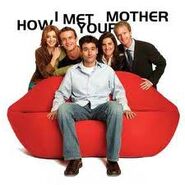 How I met your mother :)

Eastenders :)
Add a photo to this gallery

A Bit More About MeEdit

Retrieved from "https://merlin.fandom.com/wiki/User:Merlin%26ArthurLuv?oldid=189013"
Community content is available under CC-BY-SA unless otherwise noted.