Thomas Edward Hopper (b. 28th of January, 1985) is a British actor who portrays the character of Sir Percival in the BBC series Merlin. His first appearance was in the final episode of Series 3, when his character arrived with Lancelot just in time to save Arthur and Merlin. He was later knighted by Arthur before continuing to fight along side him in the re-taking of Camelot. Percival returned in Series 4, now one of Arthur's best knights, and again in Series 5 , as one of the Knights of the Round Table .

His other notable roles include playing Jeff in the Doctor Who episode The Eleventh Hour, which introduced the 11th Doctor, Matt Smith. This makes him one of the many Merlin actors to have appeared in Doctor Who. 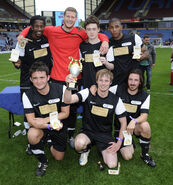 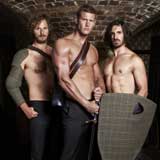 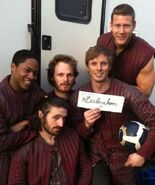 Add a photo to this gallery
Retrieved from "https://merlin.fandom.com/wiki/Tom_Hopper?oldid=177806"
Community content is available under CC-BY-SA unless otherwise noted.