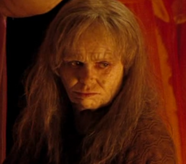 The Dragon's Call premiered on Syfy UK at 7pm on September 6th 2017, immediately followed by Valiant.

Rate this episode!
Retrieved from "https://merlin.fandom.com/wiki/The_Dragon%27s_Call?oldid=211768"
Community content is available under CC-BY-SA unless otherwise noted.