Ian Carmichael "Richard" Wilson OBE is a British actor and theatre director. He portrays the character of Gaius in the BBC series Merlin. He is also well known for playing Victor Meldrew in the popular BBC sitcom One Foot in the Grave.

Richard also appeared in the Doctor Who episodes The Empty Child and The Doctor Dances as the physician Dr. Constantine. He has appeared in Mr.Bean as a dentist, and in the 1980s show, Sherlock Holmes.

Richard also has a flair for theatre directing as he has directed many theatre productions and has won the TMA Best Director Award in 2000. 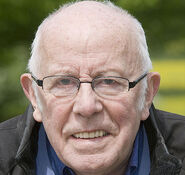 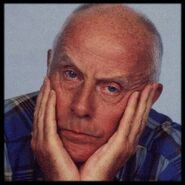 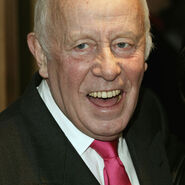 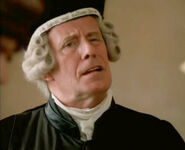 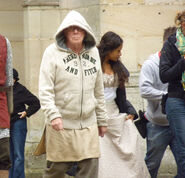 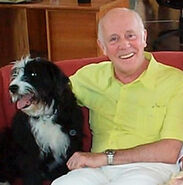 Richard Wilson; the 3th from right

Richard Wilson and his sister Moira 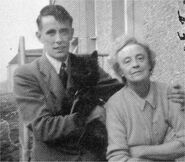 Richard Wilson and his mother Effie

Richard Wilson and his cat Tiddles 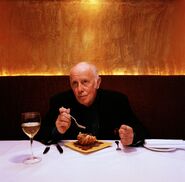 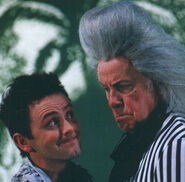 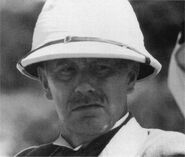 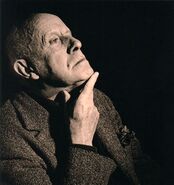 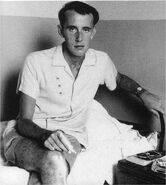 Richard Wilson, his sister Moira and his mother Effie 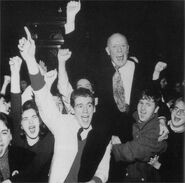 Add a photo to this gallery
Retrieved from "https://merlin.fandom.com/wiki/Richard_Wilson?oldid=211055"
Community content is available under CC-BY-SA unless otherwise noted.