''The Once and Future Queen''
''Another's Sorrow''

King Odin is the monarch of a kingdom on the shore of Albion. It is unknown which kingdom Odin rules. He wants revenge on Arthur for killing his son.

After suffering terrible grief over the death of his son at the hands of Arthur Pendragon , Odin planned to have the young Prince killed by the notorious assassin Myror. When Uther learned of the plot he desired to go to war with Odin. However, Arthur dissuaded his father from taking action on the grounds that he would have similar sentiments if he, Arthur, was killed (The Once and Future Queen).

Over a year later, a series of skirmishes to the north of Camelot led Uther to suspect that Odin was testing Camelot's defences (Queen of Hearts).

Yet another year later, Odin sent an assassin, the Gleeman, to kill Arthur, disguised as a entertainer in a circus group that had come to Camelot for Arthur's birthday celebrations. Although the assassin failed to kill Arthur, he succeeded in mortally wounding Uther who, despite the best efforts, died (The Wicked Day).

A letter from Odin's court was found on the body of Eoghan, the mapmaker's apprentice. It was presumably planted by Agravaine in order to shift blame from him, as he had ordered Eoghan to steal a map of the siege tunnels for him (The Secret Sharer)

Three years later Odin Allies himself with Morgana and he takes over King Rodor's kingdom, Nemeth, because they are allies of Camelot. Morgana then lures Arthur and the Knights of the Round Table to his hideout in a tomb where he held Rodor. Odin managed to capture Arthur and prepared to kill him but Merlin uses magic to cause a small earthquake inside the tomb. In the confusion that follows, Merlin, Arthur, Percival, Mithian and Rodor escape the tomb and flee, with Odin's army at their heels.

Arthur and Odin then duel with Arthur quickly defeating Odin. Merlin tells Arthur to spare Odin and create an alliance with him instead. Both are reluctant but Arthur sees the wisdom of Merlin's words and convinces Odin to set aside their difference and join him in an alliance. (Another's Sorrow)

Many years after, Odin still retained a ruthless personality, but whilst in negotiation with Arthur, he showed that his feud with Arthur is out of his pain and suffering and he eventually accepted Arthur's truce, showing that  he acted in revenge purely to redeem his suffering and that he agreed with the idea of peace.

Odin was a skilled sword fighter, able to fight in single combat. However, his abilities were still bested by King Arthur Pendragon. It is suspected that his son inherited his abilities from him due to the fact he was involved in duels in the past. 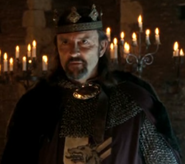 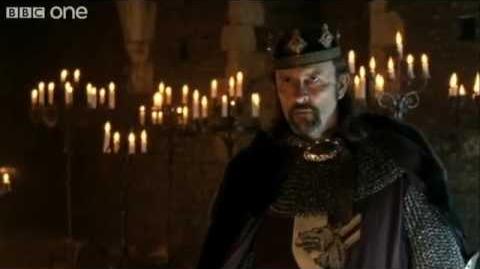 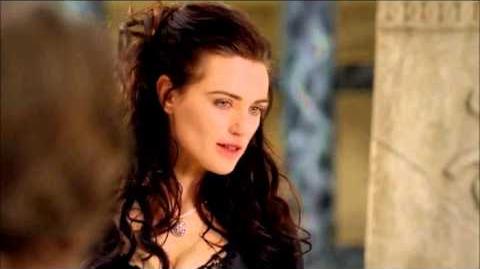 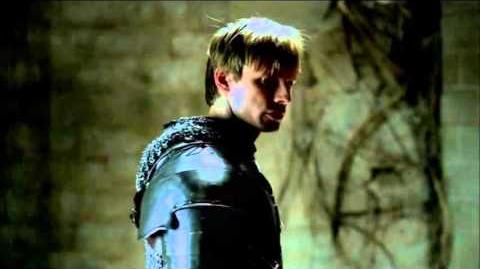 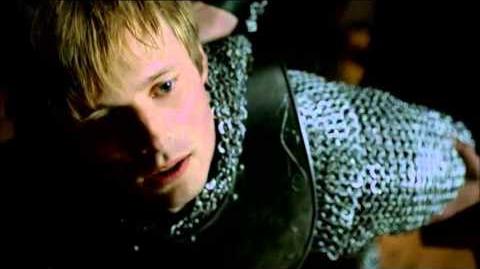 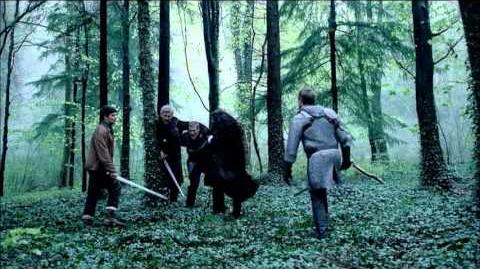 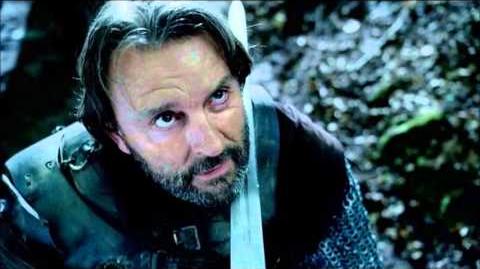 Retrieved from "https://merlin.fandom.com/wiki/Odin?oldid=142346"
Community content is available under CC-BY-SA unless otherwise noted.