Julian Alistair Rhind-Tutt (b. 20 July 1968) is an English actor. He is best known for his starring role as "Mac" McCartney in the comedy television series Green Wing. He has also been featured in various other television shows and movies.

In BBC's Merlin, he portrayed the character Edwin Muirden in the episode A Remedy to Cure All Ills. 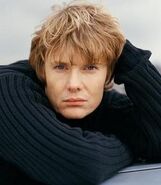 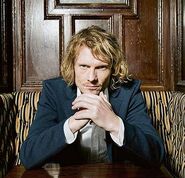 Add a photo to this gallery
Retrieved from "https://merlin.fandom.com/wiki/Julian_Rhind-Tutt?oldid=173371"
Community content is available under CC-BY-SA unless otherwise noted.