Gary Lewis played Alator of the Catha as a guest star in the seventh episode of the fourth series of Merlin, called The Secret Sharer.

Lewis has appeared in the Scottish comedy Rab C Nesbitt and the criminal drama shows Taggart and Prime Suspect.

In 2010 Lewis appeared as Adam Ingram in the Channel 4 drama Mo a biopic of former Secretary of State for Northern Ireland Mo Mowlam, for this role he was nominated for a BAFTA Television Award in the category of Best Supporting Actor. 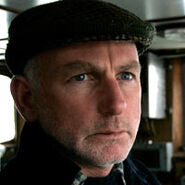 Add a photo to this gallery
Retrieved from "https://merlin.fandom.com/wiki/Gary_Lewis?oldid=174149"
Community content is available under CC-BY-SA unless otherwise noted.