Fox was born in London, England. She comes from a thespian family — her mother is actress Joanna David (née Joanne Elizabeth Hacking) and her father is actor Edward Fox. Her uncle is James Fox (set to appear in Merlin Series 5) and her cousins Laurence and Lydia also have successful acting careers. She has a brother Freddie and a half sister Lucy. She was educated at the independent Bryanston School and the University of Oxford where she studied English Literature.

She had a relationship with Toby Mott.

In July 2005, she married British actor Jared Harris, the son of the deceased Irish actor Richard Harris. The couple announced their split in 2008 and Harris filed for divorce in January 2009. They divorced following the breakdown of their long-distance relationship and her miscarriage in 2007. Fox also had entered into a relationship with actor Jeremy Gilley. In May 2010 it was reported that Fox was pregnant with their child. The Harris-Fox divorce was final in June 2010. In November 2010, it was announced that Fox had given birth to a baby girl named Rose.

She speaks German and French. She gave up drinking in 2001 and in 2002 she gave up smoking. She plays the cello, trumpet and piano. Fox is an agnostic and patron of the environmental and human rights charity in the "Environmental Justice Foundation Patrons"

Fox first appeared as the sister of Colin Firth's Mr. Darcy in the 1995 television adaptation of Pride and Prejudice, followed by her role as the second Mrs. de Winter in the 1997 television adaptation of Rebecca opposite Charles Dance. In 1998 she starred with Ben Miles in the adaptation of Catherine Cooksons The Round Tower as the young Vanessa Radcliffe, a wealthy girl from an affluent family who is forced to leave her home after becoming pregnant. Fox played Jeannie Hurst in the 2000 remake of Randall and Hopkirk (Deceased). In 2003, she played Jane Seymour in a two-part television biographical film about King Henry VIII and Cassandra in Helen of Troy television miniseries based upon Homer's story of the Trojan War. She also played the title role in Katherine Howard, directed by Robin Lefevre at the Chichester Festival Theatre in 1998. In 2004, she played Lady Margaret in Part 2 of Gunpowder, Treason and Plot, the mini-series about James I of England and the Gunpowder Plot. In 2005 she played Rosie Jones in the film Keeping Mum and in 2008 she played Sister Jean in Baillie Walsh's Flashbacks of a Fool with Daniel Craig.

She also starred in Things To Do Before You're 30, with Billie Piper, who would later marry her first cousin Laurence Fox.

She was cast as Lynne Frederick in the 2004 film The Life and Death of Peter Sellers starring Geoffrey Rush in the lead role. A whole section of the film focusing on the Frederick/Sellers relationship was removed in the final edit. (She can be seen briefly in a background shot towards the end of the film.) The deleted scenes with Fox can be found with others among the special features on the DVD release of the film.

That same year saw her cast as Dr. Nikki Alexander in the BBC1 forensic series Silent Witness, a role she continues to play as of 2016, having appeared in 112 episodes so far.

2007 saw Fox reunited with her Rebecca co-star Charles Dance when they starred together in the ITV1 mini-series Fallen Angel, which saw Fox as serial killer Rosie Byfield, with Dance appearing as her father. The rewind format in which the show was shot traced the development of the killer streak of Fox's character. (Fox and Dance both appeared in ITV1's Henry VIII, but Dance's role was limited to that of the Duke of Buckingham who is arrested for treason less than fifteen minutes into the first half, while Fox's scenes dominated the first half of the second episode.)

In 2007, she played Sylvia Brown (aka. "Garnie") in Ballet Shoes, alongside Emma Watson as Pauline Fossil.

In the 2008 English language DVD re-release of the cult 2006 Norwegian animated film Free Jimmy, Fox voiced the character of "Bettina". The dialogue was written by Simon Pegg and other actors included Pegg himself and Woody Harrelson.

Emilia Fox narrates the popular children's book We’re Going on a Bear Hunt (by Michael Rosen and Helen Oxenbury) with Kevin Whately in a special edition book and DVD set.

In 2008, she signed up to star in director Richard Blanshard's thriller Soothsayer due to shoot in the summer of 2008.

In 2009, she portrayed Queen Elizabeth II in the Channel 4 documentary entitled The Queen. 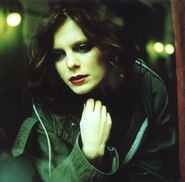 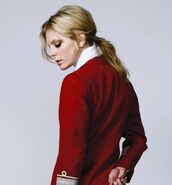 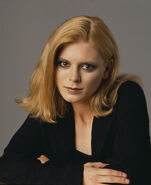 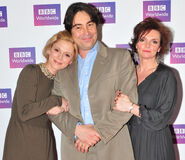 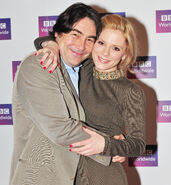 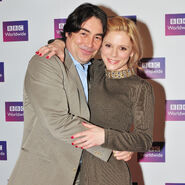 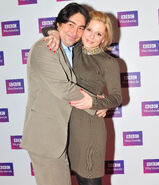 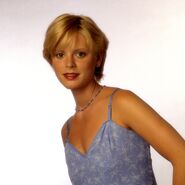 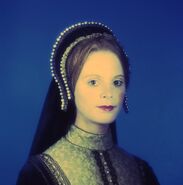 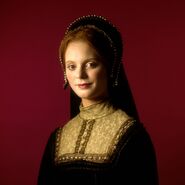 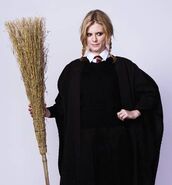 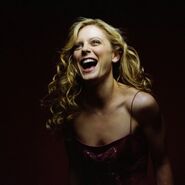 Add a photo to this gallery
Retrieved from "https://merlin.fandom.com/wiki/Emilia_Fox?oldid=212529"
Community content is available under CC-BY-SA unless otherwise noted.