Eira was a love interest of Gwaine and an ally of Morgana. It is suspected that her entire family was killed in an attack. Eira betrays Camelot and gives Morgana vital information about Arthur. She is later suspected of siding with Morgana by Gaius. She is given false information by Gwaine, and is caught relaying it to Morgana. She is sentenced to death, but pleads to Gwaine to save her. She is executed by hanging, which is seen by a heart-broken Gwaine, and a sympathetic Percival. 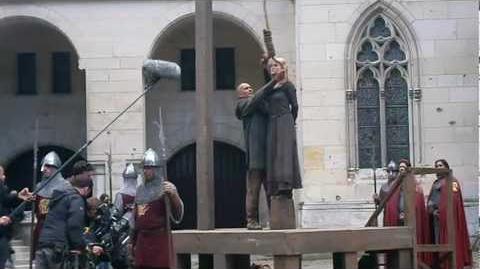 Retrieved from "https://merlin.fandom.com/wiki/Eira?oldid=200012"
Community content is available under CC-BY-SA unless otherwise noted.