The Euchdag (also known as the Diamair) is a creature that carries a great burden – the gift of all-knowledge. She is the last of her kind; it is for that reason that the Euchdag hid.

Morgana was in search of the Diamair, the key to all knowledge, so that she could find out what Arthur's Bane was. With this information, she would have been able to find out how or who by, Arthur will die. Morgana didn't know that the Diamair was in fact the Euchdag, yet ordered the prisoners the captured Saxons to dig in the mountain to find it. Gwaine saw a glowing in a cave and went to inspect. It was there he found the Euchdag, but was brutally beaten by two Saxons guards. As Gwaine was injured, the Euchdag found him, protected and cured him of his wounds. When Gwaine woke up, she explained to him that her kind was shunned and hunted for hundreds of years and as a result she is the last one alive. When Arthur and Merlin arrived to rescue Gwaine, the Euchdag fled.

Euchdag later appeared to Merlin, referring to him as Emrys and assuring him that all that has happened has been for something few have ever wanted, something Morgana never found and never will find. When Merlin realizes she is the Diamair, the young warlock acknowledges that his burden is nothing compared to hers, even Euchdag herself saying that her destiny is both a gift and a burden. Asking the young warlock if there was anything he wanted to know, Merlin didn't ask anything, believing it would not be good. Euchdag respected Merlin's wisdom, saying that his wisdom will last a long time in the minds of mankind. However, Merlin does ask her one thing: who is Arthur's bane if Mordred isn't. Euchdag answers that is it Arthur Pendragon himself (Arthur's Bane). 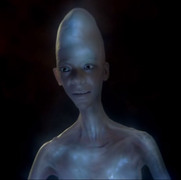 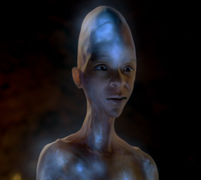 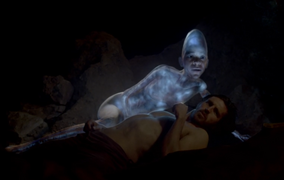 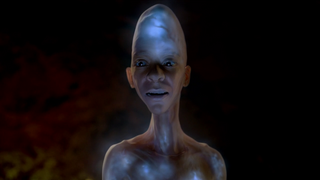 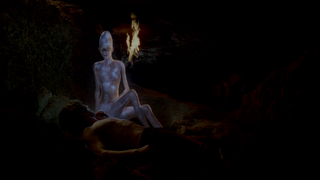 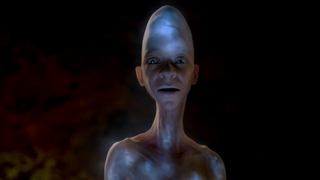 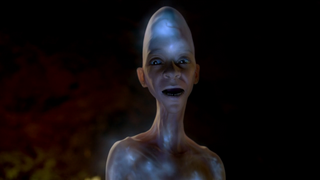 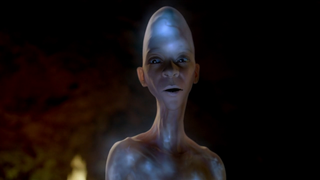