The Light of The Sun

Aithusa is a female dragon, or (dragoness) with white scales, and wings with a white, almost transparent membrane. She has big, light blue eyes, four horns, short neck spikes and tail spikes. Since she is female, her body structure may turn out to be more feminine than Kilgharrah's, but for now it is unpronounced until she grows older. 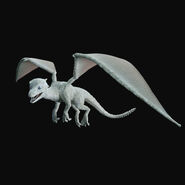 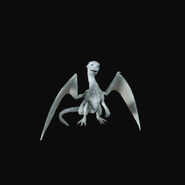 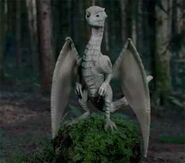 Retrieved from "https://merlin.fandom.com/wiki/Aithusa?oldid=144775"
Community content is available under CC-BY-SA unless otherwise noted.