Adetomiwa Edun is an actor who plays Elyan, Gwen's brother, in BBC television series, Merlin (2008-2012). In Series 4, his character is a Knight of Camelot. He has appeared in eleven episodes throughout Series 3 and Series 4 as of December 4, 2011. Adetomiwa Edun has also done theatre and has recently appeared in Romeo and Juliet for the Globe Theatre in London, playing Romeo. Edun returned as Elyan in Merlin Series 5.

Edun was born in Lagos, Nigeria, to Nigerian financier Olawale Edun and half-Ghanaian, half-English Amy Adwoa (née Appiah). His maternal uncle is the philosopher, cultural theorist and novelist Kwame Anthony Appiah. His maternal grandparents were Ghanaian lawyer, diplomat and politician Joseph Emmanuel Appiah- a Nana of the Ashanti people through whom Edun is a descendant of Ghanaian warrior emperor Osei Tutu- and art historian Peggy Cripps, daughter of Sir Stafford Cripps, Chancellor of the Exchequer from 1947-50 and son of the first Lord Parmoor.

Edun moved to the United Kingdom at the age of 11. He attended Eton College from the age of 13, before reading Classics at Christ's College, Cambridge (University of Cambridge). In his final year at Christ's College, he won the dissertation prize for his thesis on Homer's Odyssey. His father, a financier, encouraged Edun to enter banking as a career, and he interned with Citigroup.[9] He considered studying for a Master of Philosophy degree, but decided to attend the Royal Academy of Dramatic Art (RADA) instead.

In 2000, Edun appeared at the Edinburgh Fringe Festival as the character Clifford in the show Kassandra by Ivo Stourton. Edun attended RADA, appearing in several productions and graduating with a Bachelor of Arts in Acting in 2008. Following his graduation from RADA, he played small parts in productions at the Almeida Theatre and the Liverpool Playhouse. He also played Macbeth in a production of the eponymous play by the National Theatre, earning praise for being "charismatic" and a "fine verse speaker". In 2009, Edun became only the second black actor to play Romeo at the Globe Theatre when he was cast in Dominic Dromgoole's production of Romeo and Juliet. He also appeared in Slaves, a play by Rex Obano.

Edun has also appeared in several television shows. In 2009, he appeared in an episode of The Fixer, before a role in Law & Order: UK (2009-2014) as a soldier returning from the war in Afghanistan. During series three of Merlin, Edun appeared as Elyan in three episodes, and was upgraded to a recurring character in series four. Elyan was killed off during the fifth and final series of Merlin in 2012. In 2011, he appeared in two episodes of The Hour (2011-2012) as the character Sey, and reprised the role for three episodes in 2012. In 2015, Edun had a recurring role on the third season of Bates Motel (2013-2017) as Marcus Young, a candidate for sheriff of White Pine Bay, which he followed with roles in Lucifer (2016-present), Legends (2014-2015), and Death in Paradise (2011-present). He also appeared as Mr. Brocks in the 2016 Doctor Who (2005-present) Christmas Special in 2016. The following year, Edun portrayed a war criminal in an episode of Elementary (2012-2019). 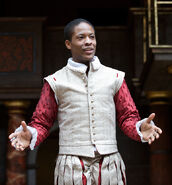 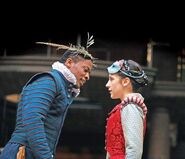 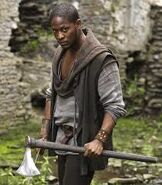 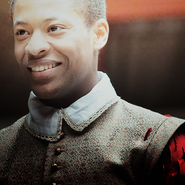 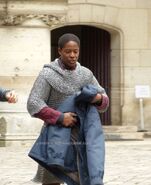 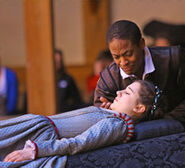 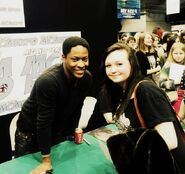 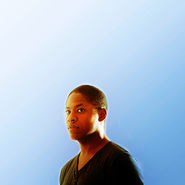