What's on your mind?

I'm trying to create a map of Albion. I have a lot of the locations on their however I am struggling to find anything about the locations of the following places:

- Pool of Nemhain: Gateway to Spirit

If anyone has any idea or theory on their location or its proximity to other places PLEASE let me know! And I will find a way to "thank" you!

Side note: whatever ur theory is keep it to the legends it shouldn’t take place in the show

Side side note: in the legends that the sword in the stone and Excalibur are actually two different swords but it doesn’t matter if you assume they’re the same for ur theory

I've been rewatching the series & I feel like I've missed out whether or not Morgana or even Morgause knew about the prophecy of Arthur restoring magic to the kingdom & creating Albion.

Somehow, either way whether they knew or not, there'd be plot holes;

If Morgana did know, why would they still be against Arthur?

If Morgana didn't know, why wouldn't it have been possible to tell her & persuade her off of the path she was treading?

She takes all the other prophecies fairly seriously e.g. Emrys being her destiny and her doom, so there wouldn't be much cause for her to immediately disregard the prophecy had she known?

Sub question: Who in the series actually knew of the prophecy for Arthur and Merlin to bring about Albion and where did it come from?

HOW OLD IS MORGANA, ARTHUR AND MERLIN IN SEASON 1? 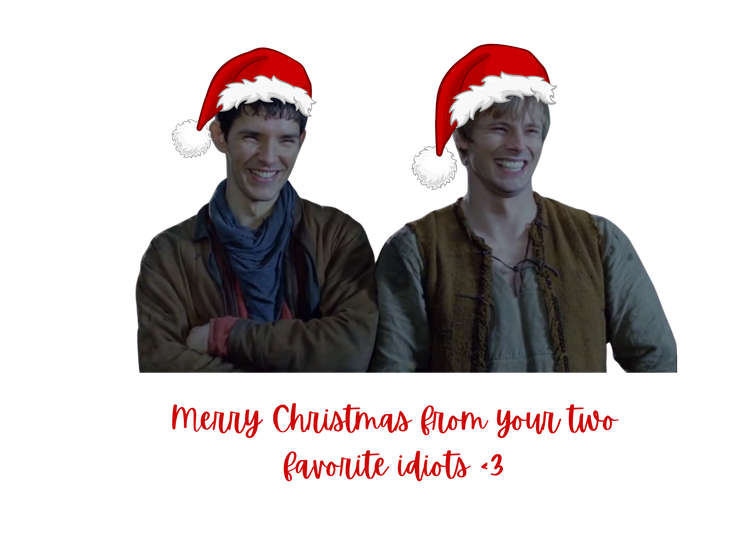 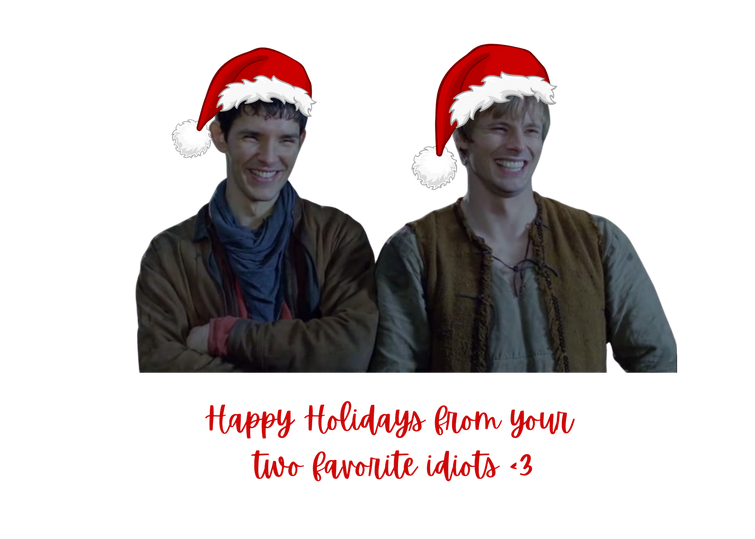 I just watched all 5 seasons of Merlin in the last few weeks (for the first time). The end is absolutely heartbreaking and even at the last minute, I expected Merlin to be riding over the hill and Arthur coming into view behind him. The writers did a great job with the characters-if they didn’t I wouldn’t be grieving the loss of a fictional character. My take on this (and provides a sense of peace/closure) the legend itself is what makes Arthur ‘the once and future king.’ He lives on through the legend. He doesn’t need to come back to life physically because he lives in the ideals of equality, merit, compassion, peace, loyalty, and friendship. Even if he struggled with them or made some wrong choices in life-the legend romanticizes it. As the dragon says, people will know the story for ages. Arthur is alive and is the future king anytime a leader lives up to the same ideals. Even in death, Arthur’s destiny has been fulfilled.

Look, what a... beautiful thing I created today. He looks a bit terrifying, ngl. Especially the mouth 😬. I hope you recognize him as Merlin😅 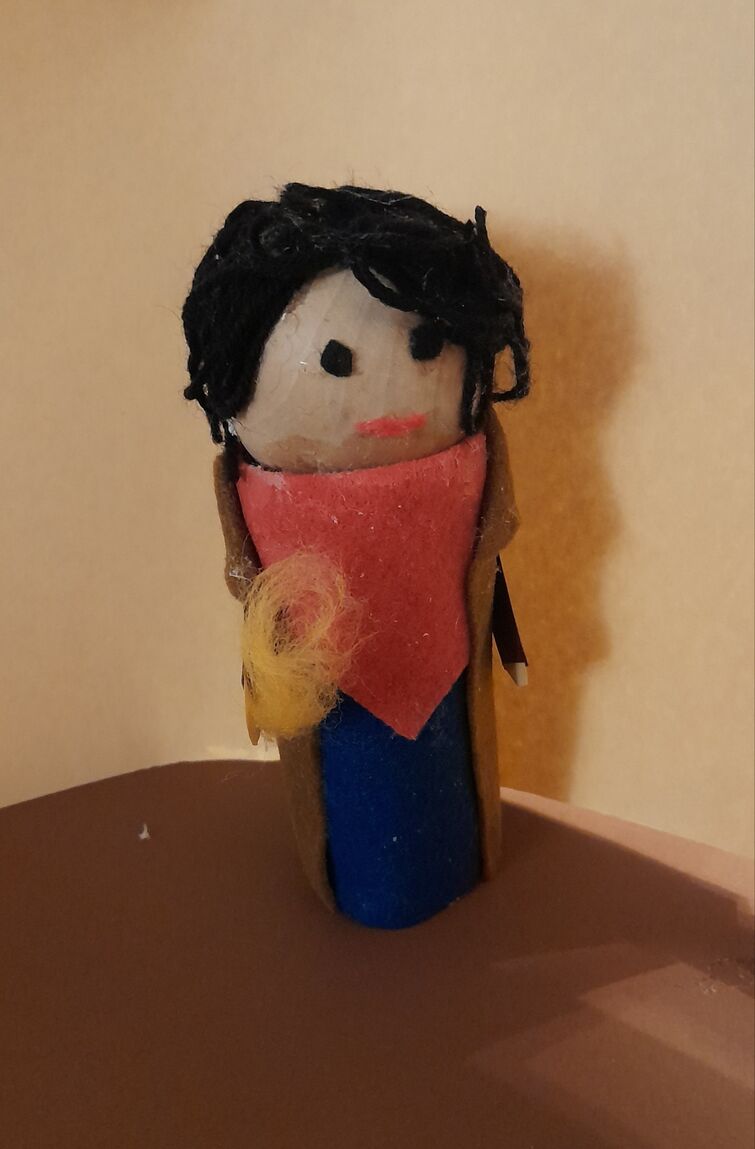 Does this mean there will be a sequel, or a movie?

Ok so this is a day late in my timezone, but I figure better late than never so here's a little thanksgiving game for all of us: Pretend you are one of the Merlin characters and say something that they would be thankful about/for. It can have internal monologue, be silly, serious, whatever just keep it in the point of view of the characters. I'll go first:

Merlin: I am thankful for you Arthur. You may be a prat, and a royal one at that, but you are my best friend, and I can't imagine a life without you.

If someone wants they can also create a reply from Arthur to what I said Merlin would say. And credit to the Throne of Glass wiki for showing me this game. Also CONGRATS ON BECOMING A MOD JOSH!!!! 🥳🥳👏👏👏

Seriously, I’m so glad they chose her. She really is a perfect Gwen. 🌹Plus, she’s an amazing actress and played her role so flawlessly.

So we all know that it was Merlin’s destiny to protect Arthur and help him become King and help him create the Land of Albion. Well, look, Merlin did help him become King, he did protect him, peace was established between the five Kingdoms, Arthur married Gwen ( which was his destiny as Merlin said ), and side note, Merlin TOTALLY played a big role in that too. He shipped them so hard and did everything he could to make their relationship work...and it worked !

Now for the magic part : even if it was unfortunately still not made legal during Arthur’s reign ( btw Morgana and Agravaine this is totally you two’s fault ), Merlin still succeeded in changing Arthur’s mindset about it ! And he revealed his magic to him in the last episode, and he didn’t reject it when he did...He even asked him to use it in front of him 😅 See, he didn’t mind it !

My point here is that they could have created this land everyone was dreaming of. But, well, not everything turned out as planned. Which is unfortunate, but hey, let’s remember the Dragon’s words : Arthur will rise again. And we could maybe imagine that when he does, well, everything will turn out okay.

Plus, Kilgarrah said himself that Merlin didn’t fail. He did protect him ‘till the very last moment, he helped him through his reign, and he changed his mindset on magic.

You accomplished your destiny Merlin. Have some rest now, you deserve it.

Merlin taught me so many things about bravery, friendship, love, loyalty etc...I’ll never forget this show. Ever. Even now, after so many years, watching it again gives me a feeling of deep nostalgia, like when you’re suddenly reminded of a sweet smell or song from your childhood and then you relive it all over again. So pleasant...✨☺️🌹

I remember how I used to watch the DVD’s every single day, and still do, whenever I have time :)

Being part of this journey was a wonderful thing. I watched every Comic Con convention and interview on YouTube as well as bloopers, Bradley’s video diaries...oh and the famous "You’re the Voice" clip 😂😂❤️. I basically grew up with this show.

I’d just like to say a massive THANK YOU to the writers and to the whole cast. You all made my childhood. You gave me the most magical, wonderful childhood and I’ll be forever grateful for that.

Sincerely, A Merlin fan since day one. ❤️ 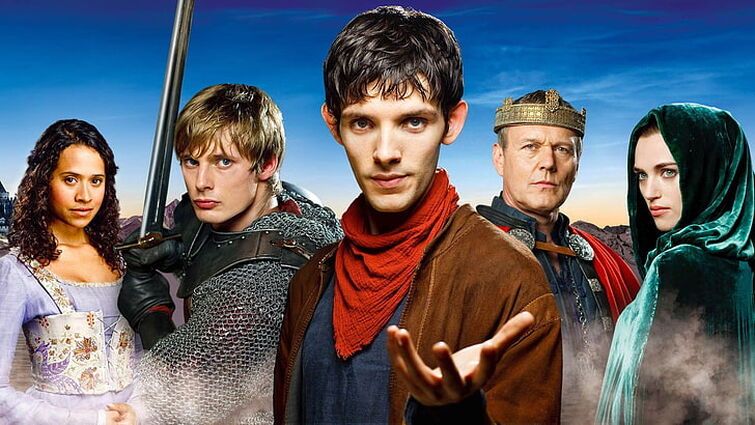 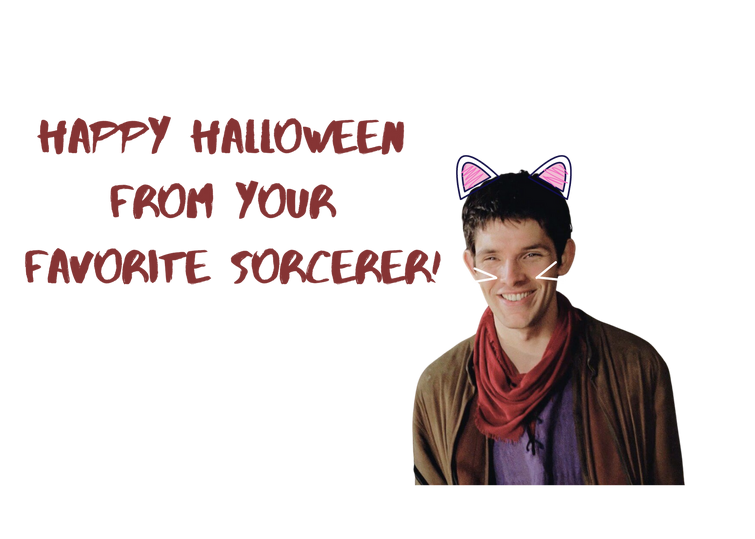 Ugh, I hate her
Nah. didn't really like her
I'm indifferent
I liked her
Oooooh, She's such a Queen, I love her
Other (In comments)

Okay, so wont be online here for the next three days, because I'm going on a trip and I wont take my phone or laptop with me. I'm gonna miss you all, see ya! :)